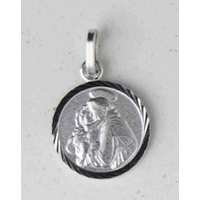 Patron of Lost Articles and the Poor

St Anthony was a very humble Franciscan priest and teacher. He delivered sermons in a very straight forward manner that appealed to people from all walks of life. He particularly focused on the poor and those most opposed to his Christian message seeking to show them the positives of Christianity.

He travelled across Italy delivering sermons, often drawing crowds of up to 30,000 people many queuing over night to hear him speak.

St Anthony was also called on to teach sacred theology to young Friars. In the years before his death, aged 36, he was appointed provincial superior of northern Italy.

Following his death Pope Gregory 1X declared Anthony a Saint due to the many miracles that occurred at his tomb.

St Anthony is the patron of lost articles due to an incident in his own life. A young priest decided to leave the order and took Anthony's Psalter (a book containing notes and comments used in teaching students) with him. Anthony prayed for its return. Later the young priest brought back the Psalter and decided to return to the order.

Select Afterpay as your payment method

Use your existing debit or credit card

Complete your checkout in seconds

All your need is:

1) An Australian Visa or Mastercard debit/credit card; 2) To be over 18 years of age; 3) To live in Australia

We are open and operational during the COVID-19 crisis.

Please refer to the COVID-19 page for more information..